Using a Tiny House as a Home Extension 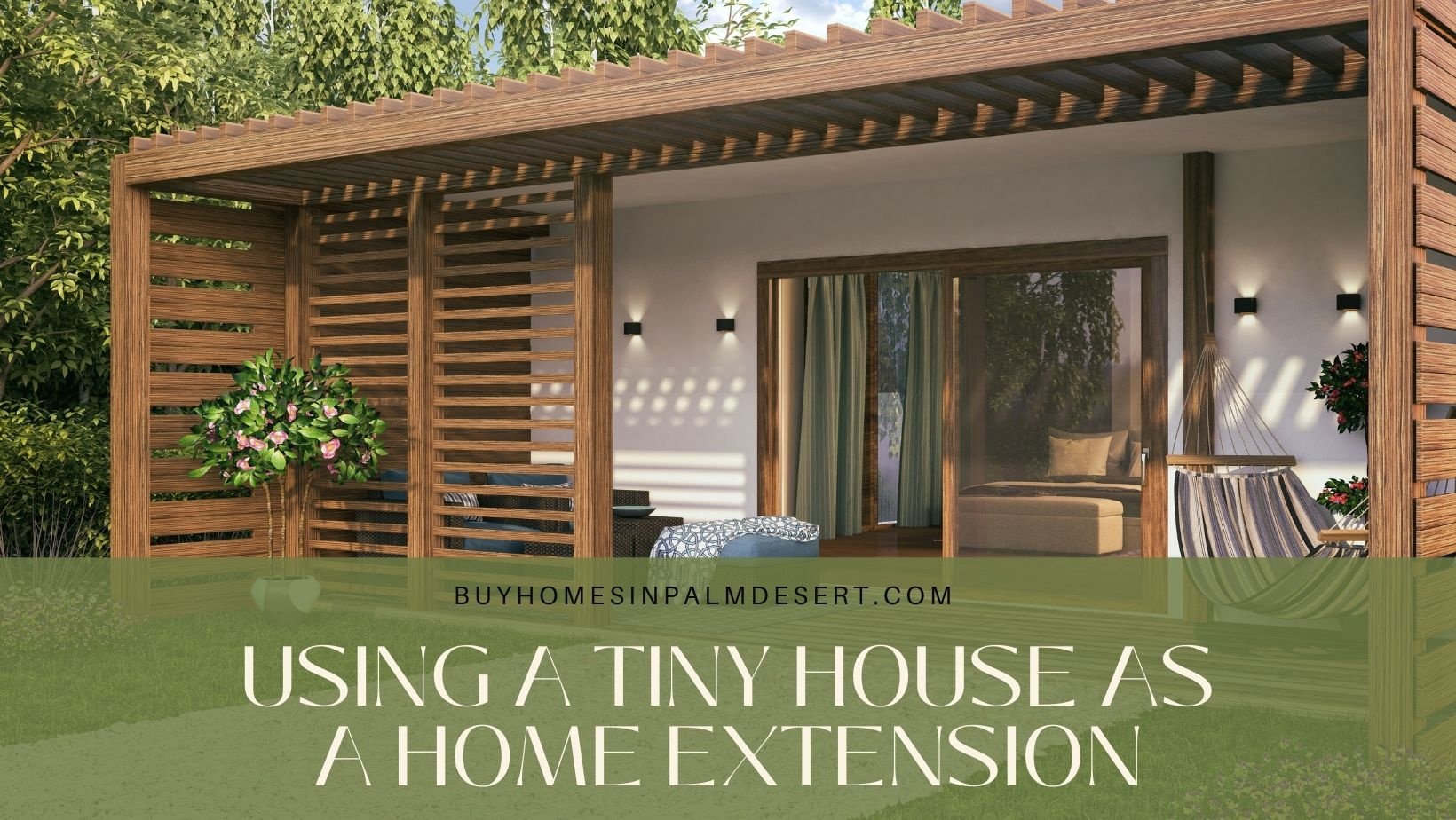 Tiny homes have grown in popularity over the last decade or so. They are no longer being used just as a means of simplifying life and living with a smaller footprint on the earth, or being able to put less money into living costs. Now tiny homes are used in a myriad of creative ways from having a mother-in-law or rental unit in the backyard, a place to house a small business with no commute time from your front door, a very swanky guest room with plenty of privacy for overnight or long-term guests, and much more.

One of the most creative new considerations for tiny homes is using it as an extension of your main home’s square footage instead of opting for the higher price of an addition on your home.

One family chose this option as a means of being able to extend the space in their home for their three children. Their family was outgrowing their small 1200 square-foot home. Instead of building additional rooms right onto the existing house, they opted to bring in a pre-built tiny home as a means to provide extra space, bedrooms, and ultimate privacy for their older teenage children.

The couple originally built their home on family-owned farmland when it was just the two of them. The small 1200 square-foot home the was perfect amount of space for just the two of them. They then had three children and found it was a tight squeeze, but worked out all right to share rooms while the children were small. As the children grew into their teen years, they found that more space was needed and beneficial for the current lifestyles of everyone within the small home. They looked into permitting and adding an extension onto the carriage house in which they lived and discovered that the timeframe and costs were very significant and decided to look into other options to create more space in their home.

They stumbled upon the idea of placing a tiny home right next to their existing home structure and connecting the two homes together with a breezeway which is essentially just like a normal hallway in a home. The benefit to this is not only the significant cost savings, but also the fact that very little of life was disrupted in the home as the tiny home addition was completely built offsite over a course of six months meaning that nothing had to be displaced and moved and worked around while renovations were underway. After the home was completely finished, it was brought to the homesite on a trailer and put into place and then the connecting covered breezeway was built to allow for the children to easily access their new bedroom and hang out space by just walking through two doors and a very short hall.

The new tiny home allows space for two bedrooms, one that is able to be completely closed off from the rest of the space with a pocket door. The space also features an extra private bathroom and two areas to just hang out in. In a way it has created much more space than just building two additional bedrooms to the original home. And what teenager does not love the ability to have their own private area to hang out in on their own?

To watch a video about this particular use of a tiny home you can go to this link.

For more information on finding tiny homes in Palm Desert or surrounding areas, contact our office at any time. These ADU's and on-site buildings can offer a great options for MIL, home office or additional guest space.